Robert Ingpen has written and/or illustrated more than 100 published books. In 1986, Robert became the only Australian to be awarded the Hans Christian Andersen Medal for Illustration, recognizing "complete works which have made a lasting contribution to children's literature." Often called the "Little Nobel Prize," the Hans Christian Andersen Award is the highest international recognition given to an author and an illustrator of children's books. In 1989, Robert was awarded the Dromkeen Medal, for significant contribution to the appreciation and development of children's literature.
Robert studied art and illustration at the Royal Melbourne Institute of Technology from 1955-57. Early in his career Robert specialised in relating design to scientific research. In 1958, he was appointed as the artist at CSIRO (Commonwealth Scientific and Industrial Research Organisation). Ten years later, he began work as a freelance designer, illustrator and author. Robert's work for science continued when he worked as a member of a United Nations (FAO/UNDP) team in Mexico and Peru, where he designed pamphlets on fisheries (until 1975).
As an illustrator and author of children's books, Robert is known and loved by children Robert's work has focused on environmental and heritage issues and his exploration of fantasy and imagination. Robert Ingpen first rose to prominence with his illustrations for Colin Thiele's Storm Boy, winning the first Visual Arts Board award for children's book illustration.
Robert Ingpen has painted murals on public buildings, designed the flag and coat of arms for the Northern Territory, and designed postage stamps, including stamps for the Captain Cook Bicentenary and the 50th anniversary of CSIRO. He has been involved in a number of conservation and environmental projects, including the establishment of the Swan Hill Pioneer Settlement as consultant/designer. Robert was one of the founders of the Australian Conservation Foundation. He lives in the Victorian coastal town of Anglesea. In nearby Geelong, where he grew up, Robert has inspired tens of thousands of children to use their imaginations. The annual Poppykettle Festival, named in honour of his story, The Voyage of the Poppykettle, has been providing entertainment and arts activities to primary students for 21 years. This unique festival has become folklore in Geelong. Each year, more than 4500 school children (in costumes) take over Geelong's cultural precinct to present a parade, performances and artwork to the local community.
The growing interest in illustrations as a collectable art form is leading to the emergence of galleries specialising in pictures from books. Exhibitions of Robert Ingpen's illustrated works have been held in Europe and are now being planned for America. 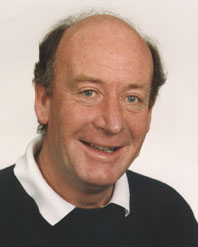