Garth Williams was born in New York in 1912, son of artists. His father was a well-known illustrator for the magazine Punch. When Garth was only 10, his family decided to move to UK, and there he finally studied architecture. But soon he turned to sculpture and painting and became headmaster of Luton Art School. He was given the British Prix de Rome for his sculptures.
Back in USA, he briefly illustrated the magazine The New Yorker. Harper and Row editors asked him to illustrated one ofbthe most successful books at that time: E.B.White's Little Stuart. This book was such a success that Garth Williams decided to be a full-time illustrator for children's books.
He illustrated books by Laura Ingalls Wilder (the famous Little House on the Prairie series), Margaret Wise Brown, Russell Hoban and Randall Jarrell. Among his most popular books were those written by George Selden, like The Cricket in Times Square.
Generations of children picture their favorite fictional characters as drawn by Garth Williams. Thus the unforgettable daper mouse, Stuart Little, or the kindhearted spider, Charlotte and her pig friend, Wilbur. And many other animals (bears, dogs, kittens, crickets) fantastic creatures (elves, fairies) and children and grown-ups in books by Laura Ingalls Wilder, George Selden, Charlotte Zolotow, Else H. Minarik and many others. Garth Williams was also the writer of seven children's books, like Baby Farm Animals, but it is primarily as an illustrator that he will always be remembered. His most controversial book was Rabbit's Wedding, written and illustrated by him in 1958, for it stirred racial issues.
He died in Mexico in 1996. 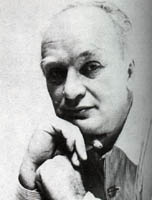